On April 2, 1917 President Woodrow Wilson asked a joint session of Congress for a declaration of war against Germany. Congress responded with Public Resolution 65-1, 40 STAT 1. In honor of the one hundredth anniversary of the United States’ entry into World War I, we take a look at some U.S. Government publications available on the topic.

Shooting the Front: Allied Aerial Reconnaissance and Photographic Interpretation on the Western Front – World War I features numerous illustrations, many never before published, include images of aircraft, cameras, and people, authentic official aerial photos, and maps in varying scales, all designed to help the reader relive the exhilarating and dangerous experience of aerial observation during World War I. 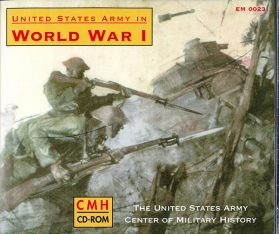 The Army Medical Department, 1917-1941 and Answering the Call: The U.S. Army Nurse Corps, 1917-1919: A Commemorative Tribute to Military Nursing in World War I look at how the Army addressed medical concerns and how medical professionals answered the call to service. 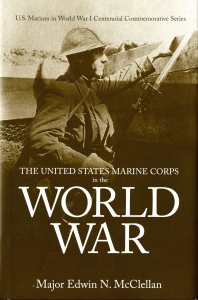 To help bolster the morale of troops during the war Stars and Stripes was created and while it was technically the official American Expeditionary Forces (AEF) newspaper, it was editorially independent. The Library of Congress has made the full run of The Stars and Stripes World War I edition available through its digital collections.

To staff and pay for the war, the Government launched campaigns to garner public support. The U.S. Center of Military History has made some of these available from their site.

Many of those who died while fighting in Europe were buried in temporary cemeteries established by the Army’s Graves Registration Service. In 1921, Congress authorized the creation of eight permanent World War I cemeteries on foreign soil. In January 2017, the Lafayette Escadrille Memorial Cemetery became the ninth World War I American cemetery. Each cemetery is accompanied by a memorial and maintained by the American Battle Monuments Commission. Find out more about each of the cemeteries:

We hope you will take a step back in history and explore the variety of U.S. Government publications available on World War I.

About the author: Cynthia Earman is a Cataloging & Metadata Librarian in the Library Services & Content Management division of the U.S. Government Publishing Office.