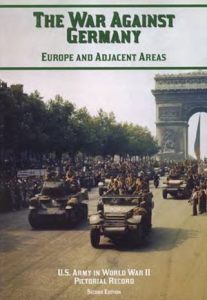 May 8th is the 72nd anniversary of Victory in Europe (VE) Day, a day in which cities in Great Britain, the United States, and formerly occupied territories in Western Europe, put out flags and banners to rejoice in the victory of the allied forces.

On May 8, 1945, German troops throughout Europe finally laid down their arms, ending the European theater of World War II.

Pockets of German soldiers would continue the confrontation with the Soviets into the next day. On May 9, the Soviets would lose 600 more soldiers in Silesia before the Germans finally surrendered.

Because of that, VE Day was not celebrated until the ninth in Moscow, with a radio broadcast salute from Stalin himself: “The age-long struggle of the Slav nations…has ended in victory. Your courage has defeated the Nazis. The war is over.”

In 2006, the House of Representatives passed H. Res. 195 to commemorate the 60th anniversary of VE Day and the liberation of Western Bohemia. On govinfo.gov you can also find several announcements in the Congressional Record recognizing heroes and survivors of WWII:

Inside GPO, we have a Veteran’s Memorial honoring all of those who worked at GPO and answered their Nation’s call to defend democracy and freedom during WWII, but sadly never returned. 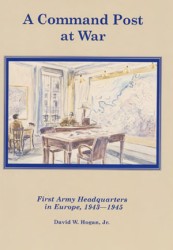 If you’re interested in learning more about WWII and the sacrifices our soldiers made to protect freedom around the world, visit the GPO bookstore and pick up a copy of Command Post at War: First Army Headquarters in Europe, 1943-1945. It shows the army headquarters of WWII, the First Army headquarters, in the European theater from its activation in October 1943 to V-E Day in May 1945. It depicts the command as a complicated organization with functions ranging from the immediate supervision of tactical operations to long-range operational planning and the sustained support of frontline units during the war.

Also, the GPO bookstore has United States Army in World War II, Pictorial Record, War Against Germany: Europe and Adjacent Areas. The book is a collection of photographs and text written by Kenneth E. Hunter and edited by Mary Ann Bacon. It deals with the European Theater of Operations, covering the period from the buildup in Britain before the D Day invasion throughout the war to include V-E Day.

About the author: Blogger contributor Scott Pauley is a Writer and Editor in GPO’s Library Services and Content Management office.