In Carlisle Barracks, PA, one of our nation’s oldest military installations prepares the next generation of senior leaders for a changing world. It’s called the U.S. Army War College—a place where a community of security and military minds convert issues into strategy.

The Strategic Studies Institute (SSI) is the “geostrategic and national security research and analysis” arm of the U.S. Army War College. They’re a little bit like the U.S. Army’s own think tank. SSI is filled with experienced research staff who develop strategic recommendations. Such independent analysis is often published in booklet form.

The Pivot to Asia: Can It Serve as the Foundation for American Grand Strategy in the 21st Century?

In 2012, the Obama administration announced a “Pivot to East Asia” strategy designed to prioritize the deepening of bilateral relationships with emerging economies in the region. This SSI work places that policy in historical context and discusses “problems that the Obama team faced in its efforts to solicit the support of regional friends and allies.” It also provides analysis of how U.S. outreach efforts utilized a network of military partners as well as the role U.S.-China relations in the pivot campaign.

From Assistance to Partnership: Morocco and its Foreign Policy in West Africa 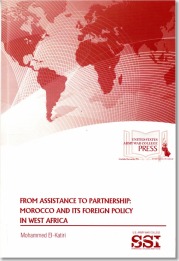 Morocco lies at a geopolitical and cultural crossroads like no other country in Africa. Sustained economic growth and political stability are reshaping it into a bulwark of peace and counter-extremism in West Africa. This strategic study examines how Morocco is strengthening its position as a regional security provider in the region. It “aspires to…[be] a partner of choice for the United States and other organizations seeking to develop their interests in Sub-Saharan Africa. It’s learning how to savvily leverage “security cooperation, economic development, strengthening cultural ties, and capacity building” with partners inside and outside the region.

HOW DO I OBTAIN THESE MILITARY RESOURCES?

Here’s Lookin’ at You, Hard Power

Since World War II, the worldwide presence of the United States has been reinforced by the allied military network it maintains. As a chain is only as strong as its weakest link, the same can be said of U.S. security partners. In “A Hard Look at Hard Power,” thirteen U.S. Army War College, Strategic Studies Institute (SSI) expert contributors address the question: “is that bargain unraveling?”

This essay collection examines the “economy of force” and “collective security” that key allies bring to the American geopolitical board game. Coalition members provide “hard power” capabilities and share the burden of reduced military spending. A multilateral cooperative of “like-minded liberal governments confers a degree of legitimacy on such operations that unilateral action is short of.” But as the essayists point out, this defense arrangement is enfeebled.

Much of the analysis points to shrinking defense forces and budgets in countries like Italy, Australia, Germany, and Great Britain. Country-specific chapters show public support for increased social spending. Maintaining modern military readiness just doesn’t receive the same backing. Much of Europe and elsewhere seems in a state of “strategic ambivalence.” Soft power is the force majeure. Hard power is softening. 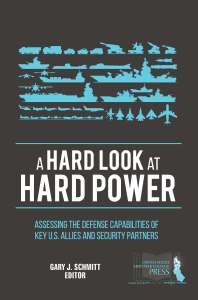 The book details examples of other allies who are experiencing war power evolution and shifting power balances. Poland is boosting its regional defense capabilities. South Korea faces the advancing North Korean threat at its doorstep. Taiwan postures itself in the direction of China. Japan is undertaking ambitious military reforms for a greater strategic role. All the while, the NATO alliance force-structure is evolving.

Editor Gary J. Schmitt frames the challenge as “the absence of military capabilities or the strategy to deploy them effectively [that] can create regional dynamics that invite instability.” For the U.S. to understand allied military capability, there must be a frank discussion about what must be done to get the right resources on the table and the right forces at the table. Hard power shortcomings are everywhere. The U.S. multilateral defense network needs its friends now more than ever.

This text takes a look at Al-Qaeda’s loss of leadership and prominence as it pivoted from Afghanistan to Syria as well as the origins of ISIS in Syria. With ISIS holding strong in Syria, Al-Qaeda moved to Iraq for a resurgence in power until it met ISIS forces.

ISIS forces emerged in April 2013 under the leadership of Al-Baghdadi, who played a key role in establishing the Al NusrahFront and converging it with what later became the Islamic State in Iraq and al-Sham (ISIS).  Al-Baghadadi, who claims to be a descendent of the Prophet Muhammad, has been described as a “philosopher jihadi”—something quite different from other al-Qaeda leaders.

The Saudi-Iranian Rivalry and the Future of Middle East Security by W. Andrew Terrill 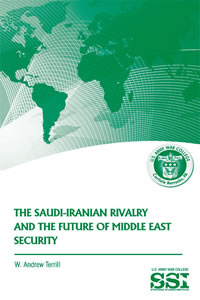 Our allies within Saudi Arabia play a key role to the stability of the Gulf states and the Middle East writ large.  In this effort, Saudi Arabia has its challenges with neighboring Iran.  Saudi Arabia is a conservative Sunni Muslim Arab state while Iran is the leading Shi’ite state. The rivalry between Riyadh and Tehran is reflected in how the two powers exercise political influence and defend their interests in Iraq, Lebanon, Syria, Egypt, Bahrain, and beyond. The 2011 wave of pro-democracy and anti-regime protests, known as the “Arab Spring,” introduced new considerations for both Saudi Arabia and Iran within the framework of their regional priorities. The Saudi-Iranian rivalry therefore is likely to intensify as a central feature in the Middle Eastern security landscape, expanding into both the Gulf region and the Arab-Israeli theater.

This book provides a historical view of the U.S.-Turkey bilateral relationship.  America keeps a watchful eye on Turkey and its dealings in Iran’s nuclear position, Israeli-Palestine relations, and trade agreements between both countries.

All of these books may appeal to political scientists, and students writing research papers for public policy, history, military science, international relations, and global studies classes at the high-school level and above.

How do I obtain these publications?