During the Vietnam War, U.S. naval intelligence was a very complex affair. Layers of political organization, military strategy, offensive tactics, and logistical operations shaded the struggle to win in South Vietnam. Much of that portion of the Cold War era is now declassified, illuminating the contributions of the naval intelligence establishment.

GPO makes available “Knowing the Enemy: Naval Intelligence in Southeast Asia,” part of the U.S. Department of the Navy series of commemorative studies on the Vietnam War. 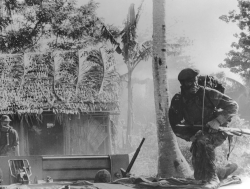 A SEAL scans the surroundings during his unit’s intelligence-gathering mission in a Mekong Delta village.

Officers and enlisted personnel gathered and analyzed credible intel on the movement of Communist combat units, the location of Viet Cong encampments, and the flow of weapons and ammunition along the Mekong Delta. The communications, electronic, human, and imagery intelligence they collected was “key to the operational and tactical success of naval forces in the Vietnam War.”

Members of the naval intelligence community that routinely “engaged in intelligence collection often did their dangerous but vital work in direct contact with the enemy.” For example, photo reconnaissance pilots flew fast and furiously into oncoming antiaircraft fire for the best pictures—“since anything worth photographing was likely well-defended.” Hardly desk drones, intelligence staffs “fought face-to-face with the enemy” and suffered causalities for it. 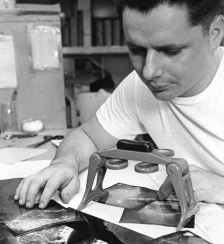 U.S. naval intelligence units furnished operational forces “with information that, for the most part, improved their battle performance…and prospects for survival in combat.” More than anything, the cadre of intelligence professionals helped the American military understand the enemy.

This entry was posted on Monday, September 12th, 2016 at 3:53 pm and is filed under Department of Defense, U.S. Navy, Vietnam. You can follow any responses to this entry through the RSS 2.0 feed. You can leave a response, or trackback from your own site.