To Russia with… Respect

With worldwide sports audiences focused on television and Internet stories from the 2014 winter games in Sochi, Russia, we are all learning more about this fascinating country.  America has had a long and complex history of relations with Russia, from both the Soviet Union era and now as the Russian Federation. From allies to adversaries—and sometimes both at the same time— the U.S. and Russia have covered the gamut of different roles over the centuries.

In a month replete with themes of love for Valentine’s Day and stories about Russian history, the U.S. Government Bookstore adds to the dialogue with dozens of publications about Russia and the Soviet Union that show, if not always love, then the perpetual mutual respect between our two nations.

Russia’s role as both an adversary and an ally during the Second World War lays the foundation for its complicated but critical relationship with the rest of the world today. But its historic triumph over its former ally, Nazi Germany, is a feat still studied and admired today. In Moscow to Stalingrad: Decision in the East (Paperback), the planning and execution of the German offensive against Russia in 1941-1942 are reviewed.

Stalingrad to Berlin: The German Defeat in the East (in Paperback and ePub eBook) describes the German defeat by the Russians in World War II and the events that resulted in the Soviet Union becoming a dominant military power in Europe.

The Soviet Union, the Warsaw Pact and the Cold War

In response to West Germany’s inclusion in NATO and reflecting Soviet leadership’s desire to maintain control over military forces in Central and Eastern Europe, the Warsaw Pact was signed in May 1955 in Warsaw, Poland, as a mutual defense treaty between eight Cold War communist states of Central and Eastern Europe. Warsaw Pact members included the U.S.S.R. plus Albania, Bulgaria, Czechoslovak Republic, German Democratic Republic (East Germany), Hungary, Poland, and Romania. 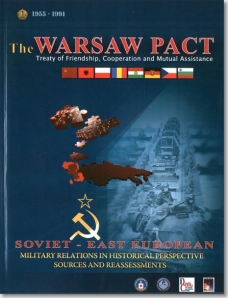 Another book and DVD set from the same series, The Warsaw Pact, Treaty of Friendship, Cooperation, and Mutual Assistance: Soviet-East European Military Relations in Historical Perspective; Sources and Reassessments (Book and DVD), is a collection of hundreds of recently declassified documents designed to take stock of where we are twenty years after the collapse of East European Communism. It includes sensitive Soviet and Warsaw Pact military journals from 1961 to 1984, recently uncovered in newly opened archives across former Warsaw Pact nations, providing a view into Warsaw Pact military strategy.

At the conclusion of World War 2, the Soviet Union was a major player in the world and again an adversary. The period roughly from 1947 to 1991 was known as the Cold War, in which the powers in the Eastern Bloc (the Soviet Union and its allies in Warsaw Pact) were lined up against the Western Bloc (the U.S. and NATO allies). 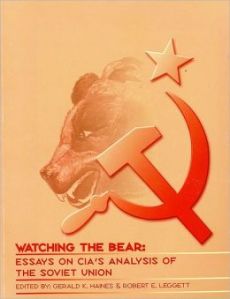 It was referred to as a “cold” war because there were no major world wars or direct conflicts between the two sides, although there were significant regional wars in Korea and Vietnam. Watching the Bear: Essays on CIA’s Analysis of the Soviet Union focuses on the organizational evolution of the CIA’s analysis of the Soviet economic, political, military, and scientific and technological developments during the Cold War. Interestingly, it also assesses the extent to which Western analyses of the Soviet Union may have influenced the USSR’s policy making process.

In addition to watching the West, Soviet leadership had a constant struggle to keep its own member states in line, particularly as some began to chafe under the communist system.

For example, many remember the Czechoslovak crisis from January 1968, when Alexander Dubcek was elevated to the post of First Secretary of the Communist Party of Czechoslovakia. Under Dubcek, the Czech communist leadership had embarked on a radical program of dramatic liberalization of the Czechoslovak political, economic, and social order that was not approved by Moscow.

In Strategic Warning & the Role of Intelligence: The CIA and Strategic Warning; The 1968 Soviet-Led Invasion of Czechoslovakia (Book and DVD), the Central Intelligence Agency’s Information Management Services reviewed, redacted, and released hundreds of documents related to the 1968 Czechoslovak-Soviet crisis, creating this fascinating book. The accompanying DVD has over 500 documents and 2,000 pages of recently declassified material about the crisis.

The best overview of this important period can be found in Soviet-American Relations: The Détente Years, 1969-1972. With a foreword by Henry A. Kissinger, this unprecedented joint documentary publication presents the formerly top-secret record of how the United States and Soviet Union moved from Cold War to détente during 1969 to 1972. Published side-by side are both the U.S. and Soviet accounts of meetings between Henry Kissinger and Soviet Ambassador Anatoliy Dobrynin, the so-called Kissinger-Dobrynin confidential back channel, related documents, and the full Soviet and U.S. record of the first Moscow Summit between President Richard Nixon and Soviet Secretary General Leonid Brezhnev. The Soviet documents are being released in the volume for the first time anywhere.

The Foreign Relations of the United States series fondly known as FRUS has a number of terrific titles about the U.S. relations with the Soviet Union.

One volume in particular, Foreign Relations of the United States, 1969-1976, Volume XXXIV, National Security Policy, documents U.S. national security policy in the context of the Vietnam War and the changing Cold War strategic balance between the United States and the Soviet Union. Another volume in the series,

Foreign Relations of the United States, 1969-1976, V. XV, Soviet Union, June 1972-August 1974, includes numerous direct personal communications between President Nixon and Soviet Leader Brezhnev covering a host of issues, including clarifying the practical application of the SALT I and AMB agreements, arms control, the October 1973 Arab-Israeli war, commercial relations and most-favored-nation status, the emigration of Soviet Jews, and the Jackson-Vanik amendment to Title IV of the 1974 Trade Act which denied most favored nation status to certain countries with non-market economies that restricted free emigration, such as the Soviet Union. 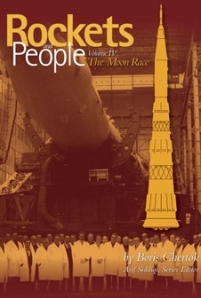 One of the crowning achievements of Russia and the Soviet Union has been its space program. From the launching of Sputnik that triggered the space race to participation in the International Space Station, Russians are justifiably proud of their “stellar” accomplishments. This pride is borne out in the fascinating book Rockets and People: Volume IV: The Moon Race. In this book translated from its original Russian version to English, the famous Russian spacecraft designer Boris Chertok— who worked under the legendary Sergey Korolev— continues his fascinating memoirs about the history of the Soviet space program, this time covering 1968 to 1974, the peak years of the Soviet human lunar program.

Breaking the Mold: Tanks in the Cities (in Paperback and as an eBook) provides an up-to-date analysis of the utility of tanks and heavy armored forces in urban combat from across the world, and includes an analysis of the Russian use of tanks in quelling the insurgency in the Chechen Republic (Chechnya) in 1995.

No longer a communist nation, Russia today still has a number of social welfare programs that differ from the rest of Europe. The Social Security Programs Throughout the World series highlights the principal features of social security programs in more than 170 countries.

Now included in the most recent European edition, Social Security Programs Throughout the World: Europe 2012, Russian social security programs are analyzed and compared to other nations in Europe. 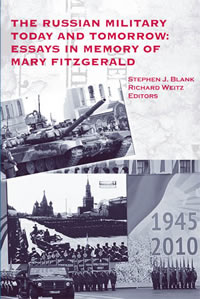 And finally, The Russian Military Today and Tomorrow: Essays in Memory of Mary FitzGerald includes essays by top U.S. and Russian analysts to assess current Russian military thinking on warfare, giving insight into the Russia of today.

They say one must study history to understand where we are today and where we are heading. This listing is just a smattering of the many thoughtful publications about Russia and the Soviet Union that can add to your understanding of where this major power has been, where it is today and perhaps, where it might go in the future.

How can I get these publications about Russia and the Soviet Union?

About the author: Government Book Talk Editor Michele Bartram is Promotions Manager for GPO’s Publication and Information Sales Division in Washington, DC, and is responsible for online and offline marketing of the US Government Online Bookstore (http://bookstore.gpo.gov) and promoting Federal government content to the public.

This entry was posted on Thursday, February 20th, 2014 at 11:37 am and is filed under Center of Military History, Central Intelligence Agency (CIA), Cold War, Department of Defense, Department of Homeland Security, Department of State, Foreign Relations, International, Military History, Naval War College, Presidents, Soviet Union / Russia, U.S. Army, U.S. Army Corps of Engineers, World History, World War II. You can follow any responses to this entry through the RSS 2.0 feed. You can leave a response, or trackback from your own site.

One Response to To Russia with… Respect