The two Koreas; one is smaller than Indiana, the other contains less mass than Mississippi. Where South Korea has become a global economic engine, with an economy 36 times greater than its northern neighbor, North Korea’s people reportedly suffer from malnutrition and the lack of basic human needs. Its leader Kim Jong Un, appears to emphasize building and maintaining a million member military, increasingly powerful nuclear weapons, and deploying sophisticated missiles with global reach capabilities. Americans need to fully understand how different and unique the people of both South and North Korea are, psychologically and philosophically, from those living in Western societies, especially the U.S.

The U.S. Government Bookstore has a comprehensive collection of publications that feature every aspect of the Korean War, the aftermath, profiles of North Korea prior to the emergence of Kim Jong Un, studies of Confrontation on the Korean Peninsula, plus in-depth studies about “Our Not so Peaceful Nuclear Future” and other insightful titles about the state of nuclear confrontation facing our leaders today, primarily due to the dramatic new capabilities of the Kim Jong Un regime.

Here are a few examples; or, click here to see a full range of pertinent publications.

North Korea: A Country Study. This volume is one in a continuing series of books prepared by the Federal Research Division of the Library of Congress under the Country Studies/Area Handbook Program. This study attempts to review the history and treat in a concise manner the dominant social, political, economic, and military aspects of contemporary North Korea. 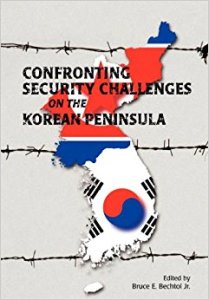 Confronting Security Challenges on the Korean Peninsula. This publication provides papers from a symposium that was held on September 1, 2010. South Korean military strategists in Panel 1 talked about challenges on the Korean peninsula including the effectiveness of the U.S.-South Korea alliance, and the relationship between North and South Korea. Panel 2 addressed the Obama administration’s expansion of sanctions against North Korea and the freezing of assets of individuals and organizations linked to its nuclear program, focusing on contingency planning, military readiness, and the potential economic impact of the collapse of North Korea. Panel 3 focused on human rights issues in North Korea.

Underestimated: Our Not So Peaceful Nuclear Future. With the world focused on the nuclear crisis in Iran, it is tempting to think that addressing this case, North Korea, and the problem of nuclear terrorism is all that matters and is what matters most. Perhaps, but if states become more willing to use their nuclear weapons to achieve military advantage, the problem of proliferation will become much more unwieldy. In this case, U.S. security will be hostage not just to North Korea, Iran, or terrorists, but to nuclear proliferation more generally, diplomatic miscalculations, and wars between a much larger number of possible players.

Moving Beyond Pretense: Nuclear Power and Nonproliferation. Most governments have made the promotion of nuclear power’s growth and global development a top priority. Throughout, they have insisted that the dangers of nuclear weapons proliferation are manageable either by making future nuclear plants more “proliferation-resistant” or by strengthening International Atomic Energy Agency safeguards and acquiring more timely intelligence on proliferators. How sound is this view? How useful might civilian nuclear programs be for states that want to get nuclear weapons quickly? Are current International Atomic Energy Agency nuclear safeguards sufficient to block military nuclear diversions from civilian programs? Are there easy fixes to upgrade these controls? How much can we count on more timely intelligence on proliferators to stem the further spread of nuclear weapons?  This volume taps the insights and analyses of 13 top security and nuclear experts to get the answers. What emerges is a comprehensive counter-narrative to the prevailing wisdom, and a series of innovative reforms to tighten existing nuclear nonproliferation controls.

This entry was posted on Thursday, January 11th, 2018 at 3:54 pm and is filed under Army War College, Department of Defense, Foreign Relations, Library of Congress (LOC), U.S. Army, World History. You can follow any responses to this entry through the RSS 2.0 feed. You can leave a response, or trackback from your own site.