Immigration Issues and the Land of Opportunity 2.0

Americans are proud of their country being known as “the land of opportunity” and a wonderful place to live. Thus it is not surprising that so many want to move to the United States, making immigration a topic of extreme interest to citizens, lawmakers and immigrants alike. 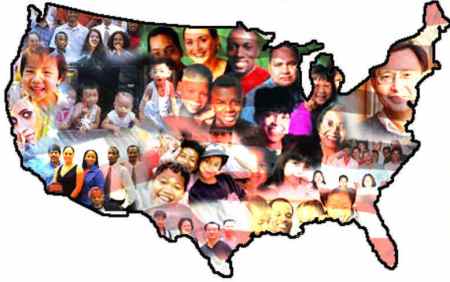 The introduction of a major border security and immigration reform bill in the Senate last week brings the topic to the forefront… and left many scrambling to research the issues affecting the “Land of Opportunity 2.0” in the twenty-first century.

The Government Printing Office has assembled a collection of both print and digital publications that run the gamut from proposed and existing border protection legislation to immigration reports and statistics, civics and English education for immigrants, and more to help all better comprehend the complex issues of immigration. 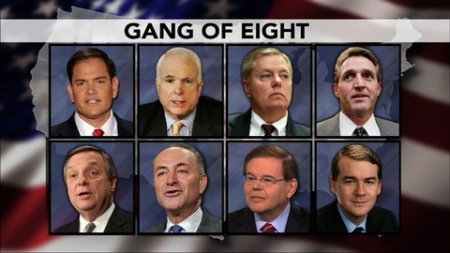 The goal of this bill is “to provide for comprehensive immigration reform and for other purposes” including bolstering border security, overhauling the legal immigration system, legalizing many of America’s 11 million undocumented immigrants and put them on a path to citizenship, and increasing enforcement and penalties against employers who hire unauthorized workers.

The Yearbook of Immigration Statistics, 2011 is a compendium of tables that provides data on foreign nationals who, during a fiscal year, were granted lawful permanent residence (i.e., admitted as immigrants or became legal permanent residents), were admitted into the United States on a temporary basis (e.g., tourists, students, or workers), applied for asylum or refugee status, or were naturalized. The Yearbook also presents data on immigration enforcement actions, including alien apprehensions, removals, and returns.

> Click here for information on how to order this publication

> Click here for information on how to order this print subscription

For groups and individuals whose goal it is to prepare the immigrant to assimilate into the Nation and to learn our language, this publication– both in print and ePub eBook format — from the Office of U.S. Citizenship and Immigration Services is very useful. It outlines a start-up process of gathering relevant information and resources to develop and sustain community ESL (English as a Second Language), civics, and citizenship education program, recruit and train volunteers, and recruit students. It also includes basic recommendations and sample forms and materials.

> Click here for information on how to order this print publication

> Click here for information on how to order this eBook

For more information on all the immigration publications from the Federal Government,

Government Book Talk Editor Michele Bartram is Promotions Manager for GPO’s Publication and Information Sales Division in Washington, DC, and is responsible for online and offline marketing of the US Government Online Bookstore (http://bookstore.gpo.gov) and promoting Federal government content to the public.

This entry was posted on Monday, April 22nd, 2013 at 12:06 pm and is filed under Civics and Citizenship, Congress, Department of Homeland Security, International, Senate, U.S. Citizenship and Immigration Services. You can follow any responses to this entry through the RSS 2.0 feed. You can leave a response, or trackback from your own site.

3 Responses to Immigration Issues and the Land of Opportunity 2.0