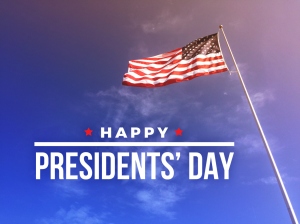 Presidents’ Day is an American holiday celebrated on the third Monday in February. This year it will take place on February 18. The holiday was initially established in 1885 to recognize President George Washington. Now, it serves as a day to remember and celebrate all U.S. presidents, both past and present. Some states require that schools teach children about the U.S. presidents in the days leading up to Presidents’ Day.

For those of us who no longer go to school, it’s up to us to take the time this Presidents’ Day to learn about the presidents and remember all their great achievements. The Public Papers of the Presidents series, produced by the Office of the Federal Register within National Archives and Records Administration, are a great way to do this. The Public Papers historical collection of primary source documents include public messages, statements, and speeches of the Presidents. They can be purchased online here.

Appreciate the “Father of our Country,” George Washington, with Washington’s Farewell Address to the People of the United States. His Farewell address to Congress and the American people began:

Friends, and Fellow-Citizens: The period for a new election of a Citizen, to Administer the Executive government of the United States, being not far distant, and the time actually arrived, when your thoughts must be employed in designating the person, who is to be cloathed with that important trust, it appears to me proper, especially as it may conduce to a more distinct expression of the public voice, that I should now apprise you of the resolution I have formed, to decline being considered among the number of those, out of whom a choice is to be made.

It wouldn’t be Presidents’ Day without a mention of Honest Abe, one of our country’s most highly regarded presidents. Check out Abraham Lincoln’s Journey to Greatness from the National Park Service. This handbook presents a description and history of the Lincoln Memorial and a biography of the man it commemorates. 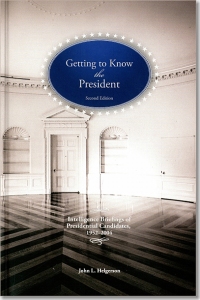 Interested in what it’s like to be in an intelligence meeting with the president? Getting To Know the President by John Helgerson describes the critical process of information sharing between the Intelligence Community (IC) and the Chief Executive, the President of the United States, starting as a presidential candidate. Since 1952, the CIA, and now the Intelligence Community as a whole, has provided presidential candidates and presidents-elect with intelligence briefings during their campaigns and transitions. These briefings have helped presidents be as well informed as possible on international developments from the day they take office.

First published in 1996 and now revised and updated to include accounts of intelligence support to candidates and presidents-elect in the three elections between then and 2004, Helgerson’s study provides unique insights into the mechanics and content of the briefings, the interaction of the participants, and the briefings’ effect on the relationships presidents have had with their intelligence services.

Our country is lucky to have had some amazing leaders. Without their vision and dedication, our nation wouldn’t be what it is today. Happy Presidents’ Day!

This entry was posted on Friday, February 15th, 2019 at 1:34 pm and is filed under Executive Branch, Presidents, The White House, U.S. History. You can follow any responses to this entry through the RSS 2.0 feed. You can leave a response, or trackback from your own site.