Twenty-five years ago on March 12, 1989, Sir Tim Berners-Lee, a British scientist at CERN, the European Organization for Nuclear Research, wrote a paper proposing the system now known as the World Wide Web. (Left: 25 Years logo courtesy Marketing Magazine UK.) It was originally conceived and developed as an improved means for instantaneous information-sharing between scientists around the world.

From DOD’s ARPANet to an Internet

The Internet itself had actually started as a creation of the U.S. Government’s Department of Defense’s Advanced Research Projects Agency (ARPA) together with U.S. universities. It was in response to the Cold War need for a backup communications method in case the traditional phone networks were knocked out. The resulting mainframe-to-mainframe computer network in 1969 was called ARPANet, the foundation for today’s Internet. (Read the History Channel’s history of the invention of the Internet here.) Soon, other organizations, mostly universities and military, created their own private networks. When the University College in London and the Royal Radar Establishment in Norway) connected to ARPANET in 1973, the term Internet was born.

In 1974, the first Internet Service Provider (ISP) was launched with the introduction of a commercial version of ARPANET, known as Telenet, thus expanding the availability of the Internet. After the introduction of a new protocol called TCP/IP by computer scientists Vinton Cerf and Robert Kahn (called “The Fathers of the Internet”) in 1974, diverse computer networks could easily interconnect with each other, transforming the “Internet” into a truly global network by the end of the 1970s.

However, by 1990, frustrated CERN scientists were using the text-only Internet with its bulletin boards and limited mainframe messaging, but it was not user-friendly for either the end users or the publishers of content.

From a text-only Internet to a graphical World Wide Web

After Berners-Lee’s proposal received the go-ahead from his boss at CERN, he went on to write software in his spare time, creating the first World Wide Web server (“httpd”) and the first web client “WorldWideWeb.”

This “World Wide Web browser” was a WYSIWYG (what-you-see-is-what-you-get) hypertext browser/editor that would install on their client (end user) computers, providing them with the first graphical interface for accessing Internet content (think of clicking on hyperlinks, viewing  photos and other graphical images, seeing text in different fonts, colors and sizes).

Image: This NeXT workstation (a NeXTcube) was used by Sir Tim Berners-Lee in 1990-1 as the first Web server on the World Wide Web. Source: Wikipedia

In 1993, after much urging, CERN declared that WWW technology would be available to all, without paying royalties, forever.

This decision enabled tens of thousands to start working together to build the web. Now, about 40 percent of us are connected and creating online. The web has generated trillions of dollars of economic value, transformed education and healthcare and activated many new movements for democracy around the world. And we’re just getting started.

So, thank you, Sir Tim! The rest, as they say, is history. 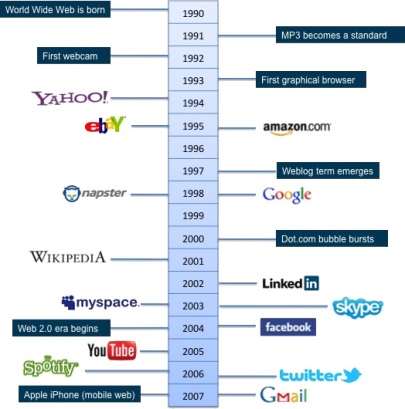 GPO is joining in the celebration by commemorating our own moments in World Wide Web history: 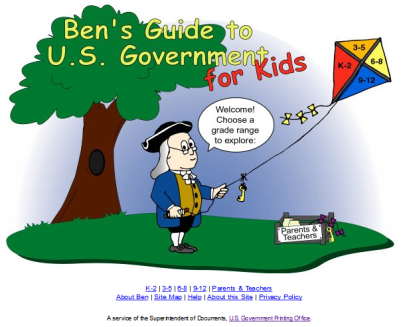 2010:    GPO entered the world of social media, first with the launch of its YouTube Channel. 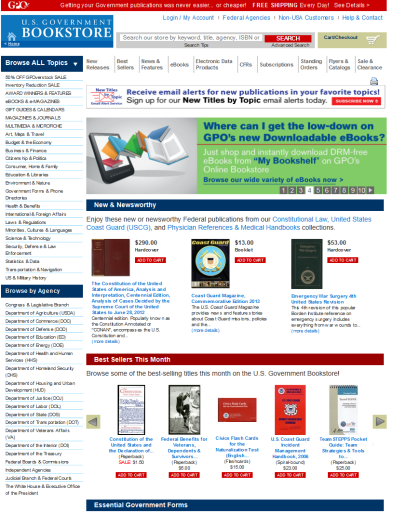 To see how your favorite websites looked in years past, visit the Internet Archive Wayback Machine at http://archive.org/web/ which archives snapshots of web pages since the World Wide Web launched.

Federal Publications for the Digital Age

The U.S. Government Online Bookstore carries a number of Federal publications that highlight the triumphs and the challenges of the digital age.

Also check out “YouTube War: Fighting in a World of Cameras in Every Cell Phone and Photoshop on Every Computer,” from the U.S. Army War College, Strategic Studies Institute. This publication discusses the digital environment in which we live that enables terrorists to film and instantly share their attacks within minutes of staging them. It also describes possible courses of action for the Army and the U.S. military as they seek to respond to an enemy in this type of environment.

You might also be interested in, “Computers Take Flight: A History Of NASA’s Pioneering Digital Fly-by-wire Project.” This book details the flight research project which validated the principal concepts of all-electric flight control systems now used on nearly all modern high-performance aircraft and on military and civilian transports.

These, and a wide array of other interesting publications on related topics, can be found by browsing the U.S. Government Bookstore under the “Computers and Electronics” category. In addition, the World Wide Web has made obtaining eBooks possible, so our wide selection of free and/or inexpensive eBooks for consumers, industry, academia, military, law enforcement, legal community and more would be worth viewing as well.

How can I get these technology-related Federal publications?

About the authors: Guest blogger Kelly Seifert, Lead Planning Specialist for GPO’s Library Services & Content Management Division, writes about the World Wide Web’s 25th birthday and the array of Government publications available on the topics of computers and electronics.

Government Book Talk Editor Michele Bartram. Bartram is Promotions and Ecommerce Manager for GPO’s Publication and Information Sales Division in Washington, DC, and is responsible for online and offline marketing of the US Government Online Bookstore and promoting Federal government content to the public. A computer scientist and digital expert, Bartram remembers those early pre-WWW days using mainframe-based Internet and email and then using a web browser to “surf” the World Wide Web for the first time.

This entry was posted on Wednesday, March 12th, 2014 at 4:48 pm and is filed under Catalog of Government Publications (CGP), Department of Defense, Federal Government Role, Government Printing Office (GPO), Innovation, NASA, Technology, U.S. Army, U.S. History, World History. You can follow any responses to this entry through the RSS 2.0 feed. You can leave a response, or trackback from your own site.