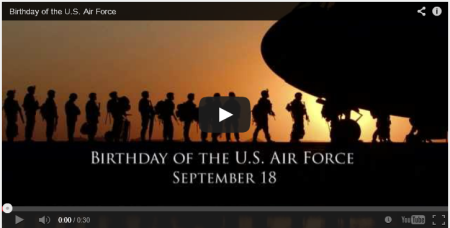 Watch this US Air Force birthday video on YouTube.

However, if you add in the years since the Army Air Corps first flew in 1907, then the Air Force’s operations have really been going strong for 106 years today. It all depends on how you count it.

Therefore, it is fitting to look at the entirety of military aviation when looking at the US Air Force’s illustrious history.

A number of excellent publications have come out recently, both in print and eBooks, for the US Air Force, Army Air Corps and military aviation in general.

The ones we most recommend for understanding the evolution of today’s US Air Force include:

The best two books covering the overall history and mission of what is now the United States Air Force are A Concise History of the United States Air Force and its recently released EPUB eBook version, as well as the extremely thought-provoking Air Force Roles and Missions: A History (also recently released as an eBook) which traces the evolution of the Air Force’s role and missions as well as the conflicts with other branches of the military over these definitions.

Are you more interested in the earliest days of aviation when the Army first bought one of the Wright Brothers’ planes and its “daring young men in those flying machines” began to determine how airpower could be used for military purposes? Then you should read Logbook of the Signal Corps No. 1: The United States Army’s First Airplane in paperback or as a new eBook, which recounts the experiences of Benjamin D. Foulois, the pioneering, self-taught pilot of “Signal Corps No. 1”, the very first airplane of the United States Army Signal Corps.

Another very popular publication tells the story of air espionage during World War 1: Shooting the Front: Allied Aerial Reconnaissance and Photographic Interpretation on the Western Front – World War I.

World War II is when it is widely acknowledged that military aviation came into its own. Toward Independence: The Emergence of the United States Air Force, 1945-1947 tells of the rapid evolution in use of airpower in the period leading up to its formation as a separate entity. 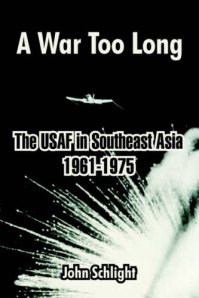 Over 50 years later, Americans are still wrestling with the lessons of Vietnam. So, too, is the Air Force in these excellent USAF publications War Too Long: The United States Air Force in Southeast Asia 1961-1975  and War in South Vietnam: The Years of the Offensive, 1965-1968, as well as this Army digital publication, Interservice Rivalry and Airpower in the Vietnam War (eBook).

When the Soviets launched Sputnik, the space race was subsequently kicked off with the United States. The Air Force role was critical during the Cold War and in both in helping start our space exploration and ongoing support through to today in support of NASA. Read Early Cold War Overflights, 1950-1956 to understand the beginning of the espionage flights, and pick up a copy of the United States Air Force in Space, 1945 to the Twenty-First Century which covers the Air Force’s involvement in space exploration.

Gulf War to the Present

None of us can forget the images of bombs dropping during the Gulf War, the tale of which is told in Decisive Force: Strategic Bombing in the Gulf War. 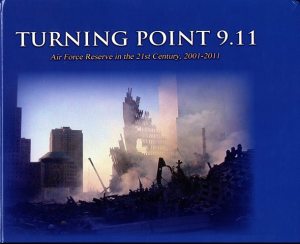 And anyone with family in or who themselves are in the National Guard or a military reservist knows how the Gulf Wars and Afghanistan have changed the role of these personnel from backup to active participants. One of the best books we’ve read on the subject is the excellent Turning Point 9.11: Air Force Reserve in the 21st Century, 2001-2011 which chronicles these stark changes in the Air Force Reserve since the terrorist attacks on 9.11.2001.

Air Force on TV and in the Movies 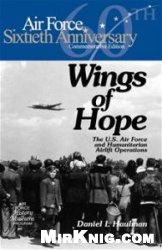 Like the other branches of the US military, the US Air Force plays an important role in humanitarian operations, both here at home and worldwide. This publication—Wings of Hope: The United States Air Force and Humanitarian Airlift Operations—tells the overall story of various airlift operations. While it sounds like the plot of a disaster movie, the Ash Warriors (paperback) and its EPUB eBook version recounts the true story of the “Ash Warriors,” those Air Force men and women who carried out their mission in the face of an incredible series of natural disasters, including volcanic eruption, flood, typhoons, and earthquakes, all of which plagued Clark Air Base in the Philippines and the surrounding areas during June and July 1991. And the horrendous Hurricane Katrina brought out the best in the Air Force’s Air Education and Training Command, whose role is described in Operation Dragon Comeback: Air Education and Training Command’s Response to Hurricane Katrina.

So join us in wishing a very happy 66th (or 106th) birthday to our very own United States Air Force. May there be blue skies in its future!

How can I obtain these Air Force History publications?